The RAND report Invisible Wounds of War: Psychological and Cognitive Injuries, Their Consequences, and Services to Assist Recovery (2008)

“We were concerned about what our relationship would be like. We had always wanted to start a family” 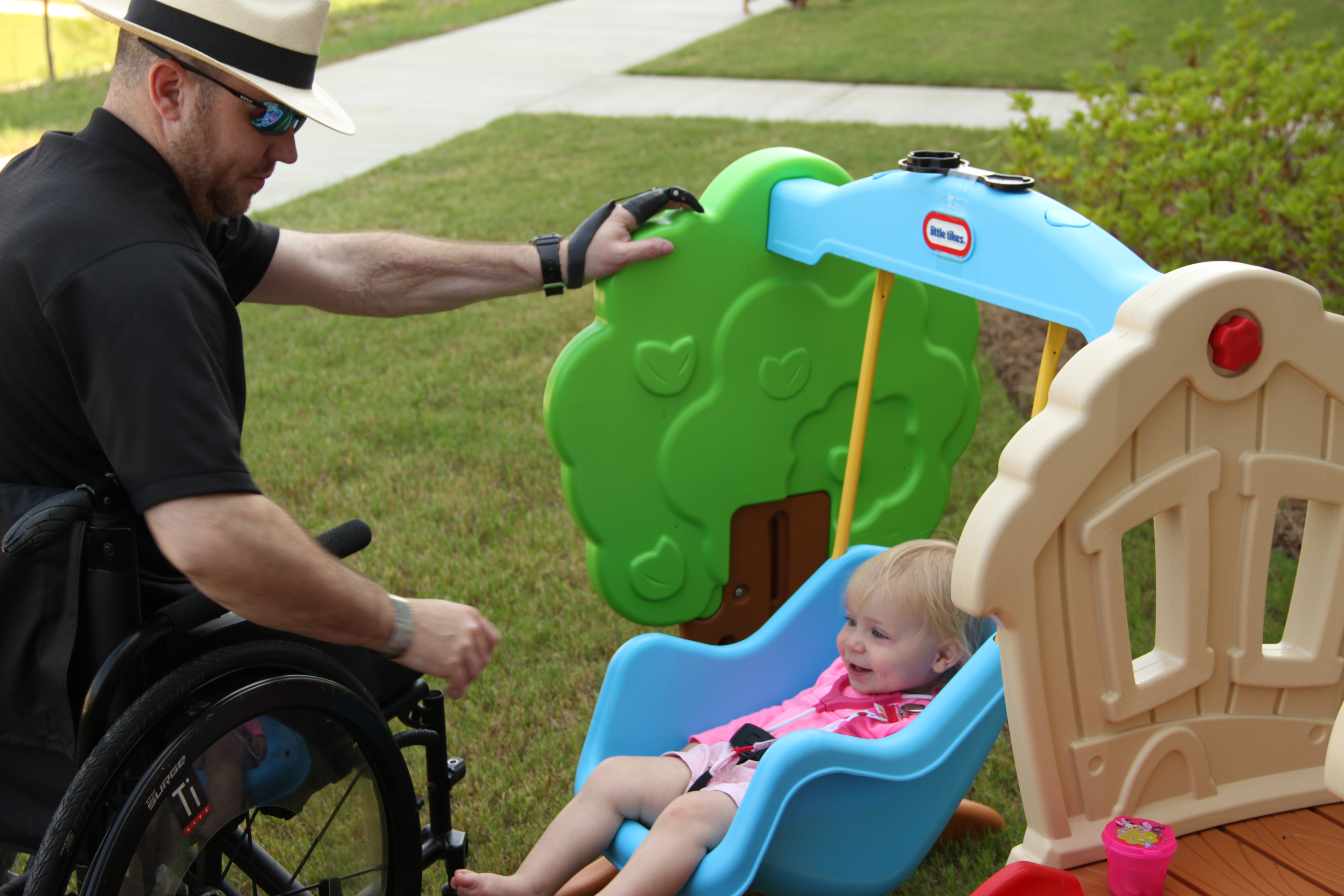 Love After War will showcase the real stories of individuals and couples who are surviving and thriving after catastrophic combat-related injuries. In their own words these folks will share how they overcame relationship issues and restored emotional closeness and physical intimacy. The documentary will also feature professional insights from experts in the field of sexuality and disability.

VETERANS AND LOVED ONES

Army Sgt. 1st Class Aaron Causey, an explosives technician with 760th Explosive Ordnance Disposal Company, suffered multiple limb loss, extensive genital injuries, and TBI after stepping on an IED in Afghanistan. He was married to Kat Causey for 18 months when he was injured. They decided to pursue having a child using assistive reproductive technology before separating from the military in order to have their expenses covered. They now have a beautiful baby girl.

Tyler Wilson, a young 20 year-old Paratrooper serving with the US Army’s 173rd Airborne Brigade, single at the time, was shot multiple times during a firefight in southern Afghanistan resulting in spinal cord injury and lung damage. He is now 31, recently married to Crystal, a recreational therapist he met in a handcycle clinic, and, at the time of filming, had a baby on the way with the help of IVF and many friends. Crystal has since given birth to a healthy baby boy.

CBRN (Chemical, Biological, Radiological, and Nuclear) specialist Manny Gonzalez was 20 years old, single, and serving in Marine Wing Support Squadron 372 when he suffered second and third degree burns to 80 percent of his body including his face while rescuing a fellow Marine from a brush fire during a routine training exercise. It took him 16 years to get the confidence up to ask someone out on a date. He is now 40 years old, married for two years with two stepchildren and a 19- month old son.

John and Jasmine Fillmore both served but met and married after their service. John was shot in the head with an AK 47 round and suffered a TBI in addition to PTSD, anxiety, depression, mild hearing loss, some vision impairment and is at high risk for suicide. Jasmine experienced TBI and physical injuries secondary to MST where she was attacked from behind and hit on the head; she is blind, deaf, and has weakness in her legs. John met Jasmine in a Veterans outdoors program some dozen years after his injury and they were married nearly 8 months at the time of the interview.

Capt. Tim Hornik is blind as the result of getting shot through the head in Iraq. Coming back as a person with a disability instead of a strong, capable soldier, Tim took his anger and frustrations out on his wife. Through share stubbornness on both of their parts, they made it through the darkness. He and his wife are now happily married with a beautiful 8-year-old child and another one on the way. 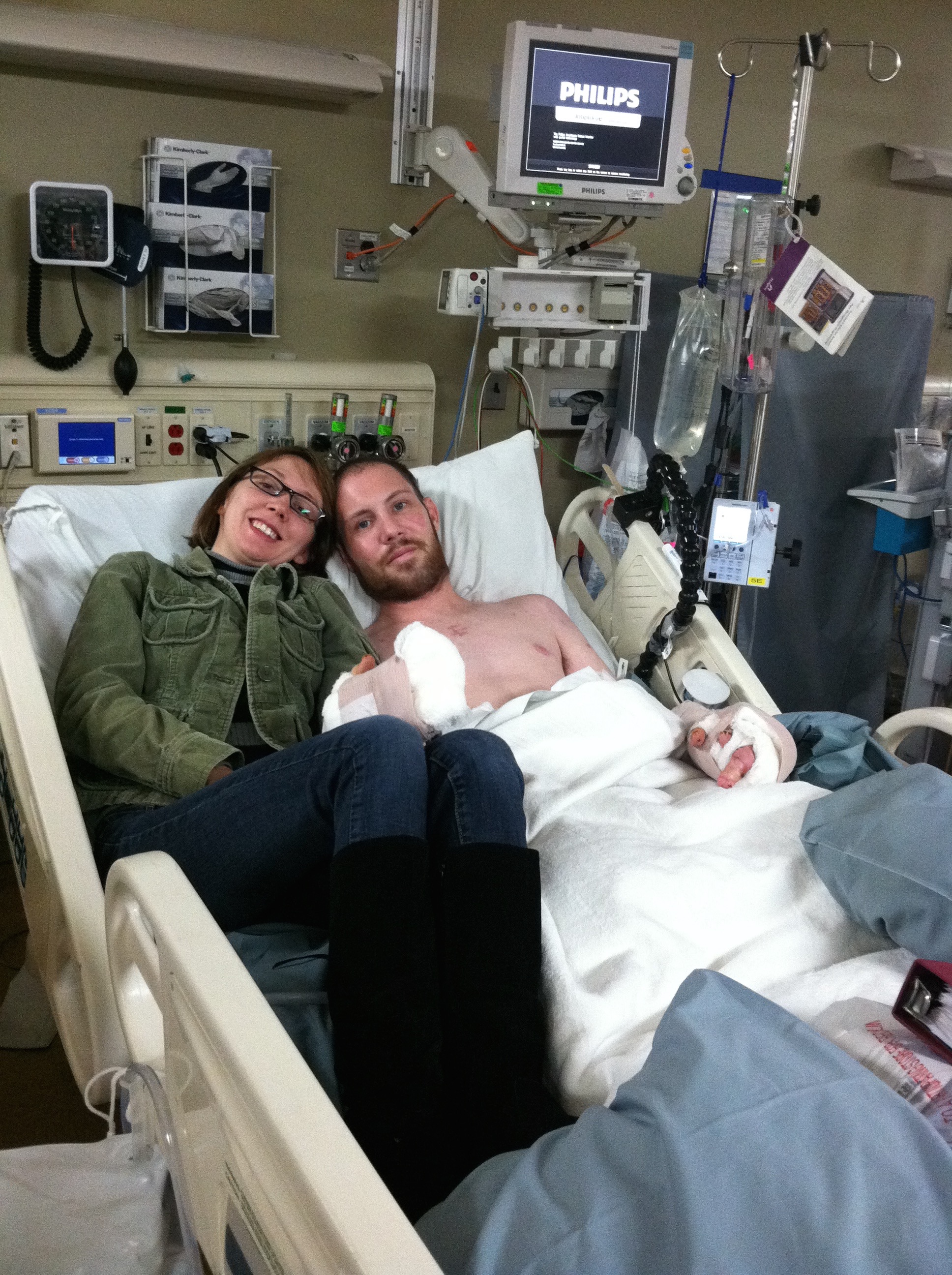 Dr. Mitchell Tepper is a sexologist who has been living a full life with spinal cord injury for nearly 35 years. He has long been personally and professionally dedicated to ending the silence around sexuality and disabilities. Dr. Tepper has been working with wounded veterans since speaking at the Road to Recovery Conference for wounded veterans in 2006. Through spearheading the Wounded Troops and Partners: Supporting Intimate Relationships Conference in Washington DC in 2008, he was successful in getting the issue of sexual health and intimacy for wounded warriors on the national radar. He assisted the Bob Woodruff Foundation in organizing their High Impact Collaboration Conference, From Injury to Intimacy, in 2014. He has been instrumental in the implementation of couple's retreats within the VA system and in training members of the Sexual Health and Intimacy Workgroup at Walter Reed National Military Medical Center. Dr. Tepper has published peer reviewed articles in medical and sexual health journals on comprehensive sexual health care for catastrophically injured warriors.

In 1979 Dr. Schoen established Focus International, a company devoted to producing and distributing sexual health films primarily to universities and clinicians. He produced many of the popular, early sex therapy films, wrote the children’s book, Bellybuttons Are Navels and produced the award winning film of the same title. In 1998, The Sinclair Institute hired Dr. Schoen as Director of Sex Education. From 1998 – 2006 he produced more than thirty films that are currently in distribution including the best selling revision of The Better Sex Video Series. In 2007 Dr Schoen started working as an Independent producer. Since then he produced and directed 1) Betty Dodson: Her Life of Sex and Art that won Best Feature Documentary at FilmOut, San Diego (2008) and won The American Association of Sexuality Educators, Counselors and Therapists Best Film Award (2009), produced the award winning documentary Trans (2012), and 3) produced the documentary Game Face (2015). Dr. Schoen is also the Founder of SexSmartFilms.com, an online resource for preserving, archiving and streaming sexual health films. There are currently more than 350 films that are being viewed worldwide. 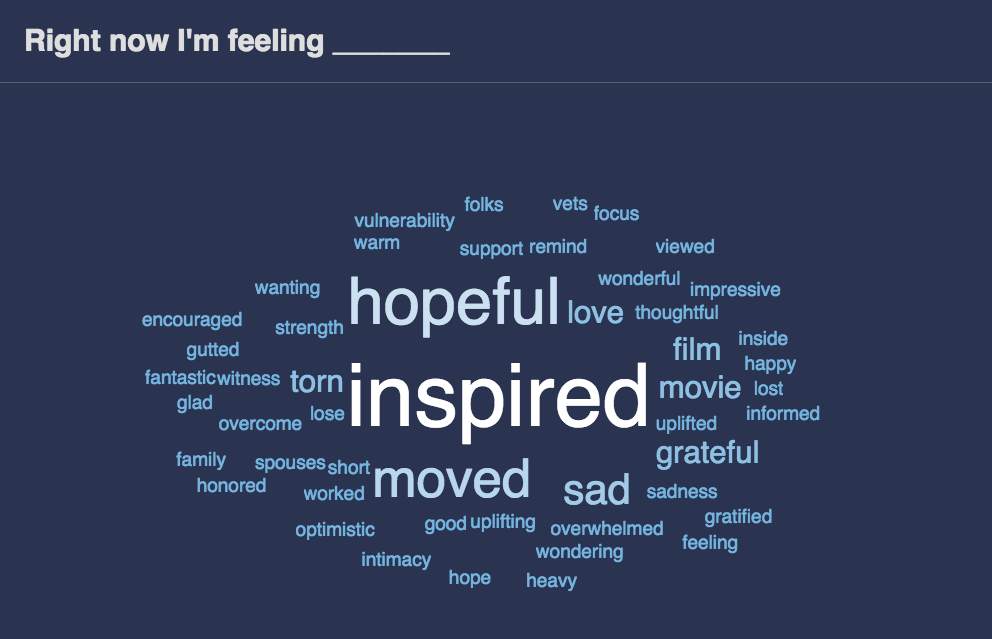 Are you or someone you know a disabled veteran or caregiver? Your story is extremely important. Please contact us! Have a question or a suggestion about the project? Please comment!